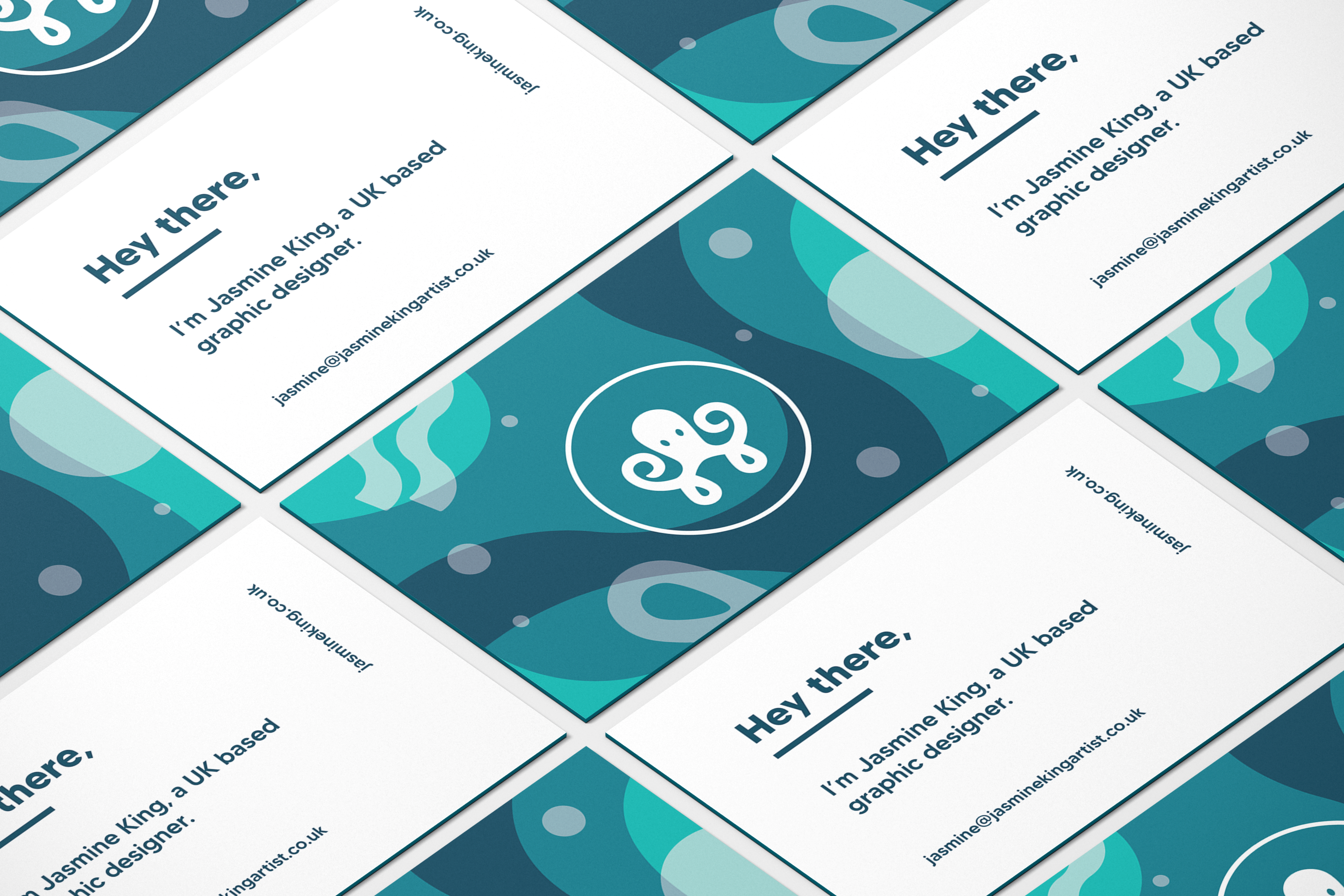 This branding project involved the creation of a logo, business card and stationery. Using concepts of things I love and that make me who I am, I was tasked to create a new logo or icon to represent myself.

Throughout primary and secondary school and my time at university, I learnt to play the clarinet and attended a county concert band. Because of this it felt fitting to focus on forms of score music which was an ideal subject to pick for its unique and already graphic shapes and forms. Specifically, for this project, I chose to use a section of a treble clef to create the octopus’s legs. I also used sections of score music to create the shapes within the background. As I had spent three years at university specifically studying grid systems and ratios within nature, I used this as a tool to create the octopus itself. The colour scheme and animal choice were influenced by my love of the ocean, and it also inspired me to create the wave like shapes used within the background.

“The most courageous act is still to think for yourself. Aloud” 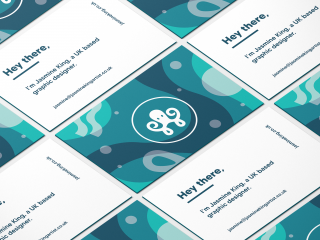